The Sun rising over the Pride Lands of Africa is one of the most iconic beginnings of a film — animated or live-action — in history. When you see that shot, you know what movie you are about to see. It might be hard to believe that a quarter of a century has passed since The Lion King hit the big screen for the first time on June 15, 1994. It holds a special place in my heart as one of the first films I watched in a theater. After all this time, it’s still worth talking about.

Disney is releasing a CGI remake version of this family-favorite this summer, which will bring old and new fans into the reclining seats. As Disney moves out with the animated old and in with the computer generated new, it seems that the circle of life is still in motion. With the July 19th release date approaching and fter reading a retrospective from Movie Babble, it feels like the perfect time for an affectionate look back at one of my favorite films of all time. 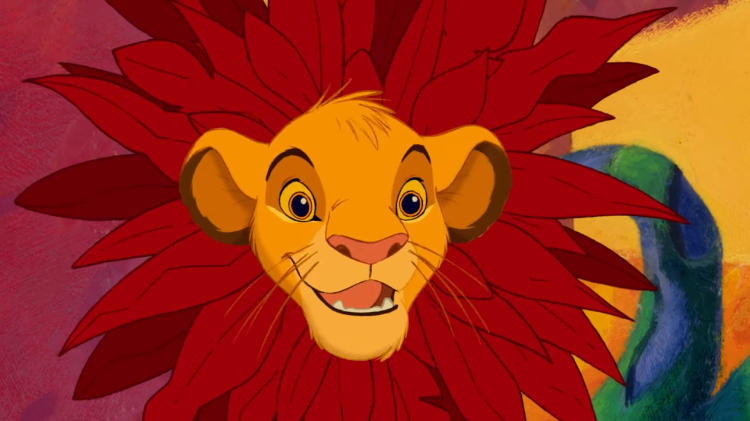 During this time period known as the Disney Renaissance, music was a captivating selling point for the films from the Mouse House. Aside from the story, which is hilarious and enrapturing, the music is a major memorable point. We’re all familiar with the songs “The Circle of Life” and “Can You Feel the Love Tonight” by Elton John. Of course, we all sing the problem-free philosophy song “Hakuna Matata” whenever it plays. At this point in time, Hans Zimmer, master of movie soundtracks, composed the score for the movie. Along with karaoke worthy songs, the score moves the audience during the dramatic and heart-moving moments of the film.

A Story Suitable for Children and Adults

No one can deny that The Lion King is a classic! As a writer and movie lover, I enjoy a good story. However, it is not easy to make a movie that appeals to both children and adults. So, how did Disney accomplish this feat? The answer is simple: make the movie a human story. Despite being about lions, hyenas, baboons, warthogs, and meercats, these characters are entirely relatable. We, the audience, connect to the characters because they represent an emotion or situation that exists in our everyday lives. From jealousy to being outcasts to dealing with loss and grief, each one of us have dealt with these at one time or another as we grow up. One prime example is the most personal to me: Simba.

On the surface, Simba is a naive child/cub who is comfortable with his life, knowing what is expected of him being the heir apparent to the kingdom of the Pride Lands. He represents the freedom we have as children, not overly concerned about the responsibilities that come with adulthood. When tragedy strikes, the grief plagues him until the hero is able to forgive himself. Given my own personal loss of my father, Mufasa’s death always hits me personally. I connect more with Simba as he just wants to hold onto his childhood but knows he cannot run from who he is and adulthood for long.

Creating relatable characters — both heroes and villains alike — assists in selling the story to the audience. Mufasa, the noble and strong leader, is someone we all aspire to resemble in the real world. Scar, the jealous and undervalued brother, is a representation of that intense, toxic emotion, we all feel during our lives. Even Timon and Pumbaa, our comedic, carefree characters, represent making the best of change in our lives. As children, haven’t we all sat down at someone else’s dinner table, only to have something new and possibly offensive placed in front of us? It might not be as unappetizing as grubs and worms, but it could have smelled or looked as bad as those things. It’s out of your comfort zone. But you try for those people because they are your friends.

With an all-star voice cast including Rowan Atkinson as loyal know-it-all Zazu, Nathan Lane as wise-cracking Timon, Matthew Broderick as the adult Simba, and legendary actors Jeremy Irons voicing Scar, Whoppi Goldberg voicing Shenzi, the hyena, and James Earl Jones as Mufasa. These voices and personalities just add to the emotion and humor within the story.  Jeremy Irons voice work helped make Scar one of the best villains in Disney’s history. Plus let’s face it, when James Earl Jones speaks, you can’t help but listen.

No matter which character you pick, you’ll find traits/emotions that you can relate to in some way. Haven’t we all felt like running away from our problems at some point? Haven’t we all relied on the wisdom of others to help guide us back onto the right path, even though the journey could be hard? Character and story create an emotional bridge between the viewing audience and the movie. One that stays with us for years to come.

Speaking of the story, The Lion King has described as Disney’s first animated feature to be an original story. Before, Disney’s animated features were adaptations of fairy tales, fables, and tall tales. The writers and filmmakes have mentioned that they took inspiration from several different sources. The heaviest inspiration comes from Shakespeare’s Hamlet.

The Lion King and Hamlet both have their stories begin with the death of the King. In the case of Hamlet, it’s King Hamlet, whereas in The Lion King, it’s Mufasa. An interaction with the father’s ghost and an old friend, the Prince decides to return and seek revenge. In the end, the uncle dies. This is Hamlet in a nutshell. As I got older and read the story of Hamlet, I realized that The Lion King is just Shakespeare’s story with splashes of Disney color, magic and musical numbers.

Whether or not The Lion King took inspiration from previous stories, it takes nothing away from the final product. Without the brilliant combination of story, music, voice acting, and animation, this movie would not be the success that it remains to this day. We’ve all laughed at Timon and Pumbaa’s fart jokes, cried as Simba begged his motionless father to get up, and sang along with “The Circle of Life” (even though we didn’t know all the lyrics). You don’t need me to tell you why The Lion King is great. You know it every time that you watch the film from start to finish. This incredibly powerful story of love, responsibility, happiness, and justice is one of Disney’s greatest works.

What are your thoughts about The Lion King? Are you excited for the live-action/CGI remake? Definitely leave a comment! Don’t forget to subscribe to One Scene at A Time!

Also check out my Facebook page for this blog  and show some love! Until next time!