“Ask any racer. Any real racer. It don’t matter if you win by an inch or a mile. Winning’s winning.” – Dominic Toretto, The Fast and The Furious, 2001.

From street racing and stolen trucks to taking on international drug lords and terrorists, The Fast and The Furious is one of the most successful and versatile film franchises ever. With a combined gross of $5 billion, the success is hard to argue against. In honor of the first Fast and Furious spin-off, Hobbs and Shaw, I thought it was time to take a look in the rear view mirror and rank the Fast franchise. 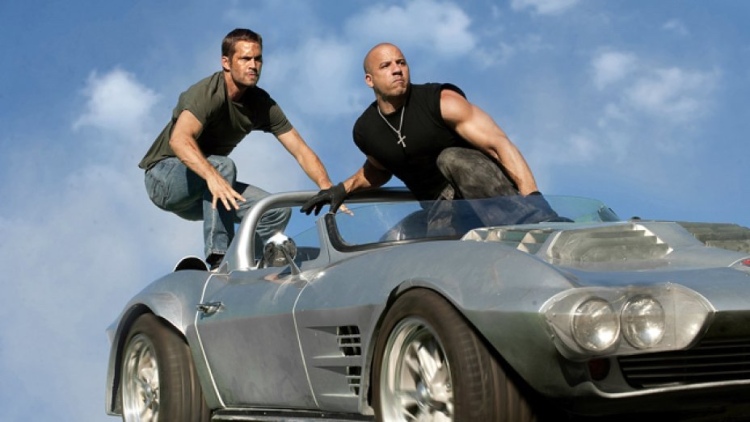 After the first four films, the street racing aspect that grounded the franchise has gotten stale and needed a shift. The fading vehicle got a new paint job and engine with this entry. The O.G. crew joined up with characters from previous entries to pull off a “final” job and walk away from the life forever. This move into a heist action series involving cars opened the franchise to a wider audience, putting the emphasis on gun fights, brawls, and the heist. The addition of “Franchise Viagra” Dwayne Johnson helped out as well. 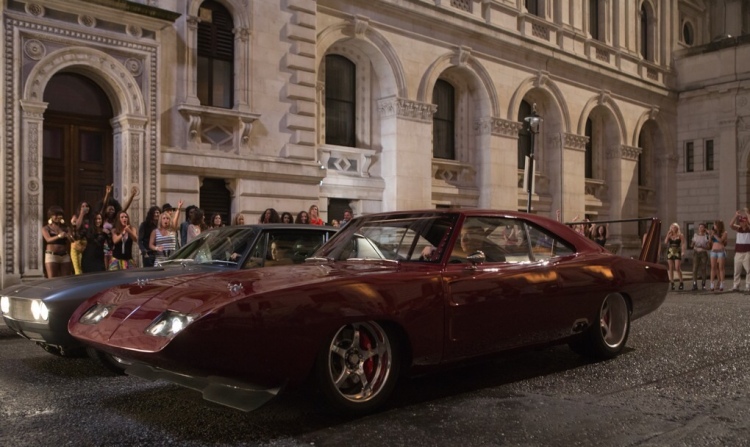 Although Fast Five was originally seen as the conclusion to the franchise, the success caused Universal to greenlight a sixth and seventh installment with a single storyline running through both films. Dom Toretto (Vin Diesel) and his criminal gang reunite after being offered amnesty for their crimes by Luke Hobbs (Dwayne Johnson), in exchange for helping him take down a skilled mercenary organization led by Owen Shaw (Luke Evans), one member of which is Toretto’s former flame Letty Ortiz (Michelle Rodriguez).  The franchise transformation continued, incorporating elements of spy and adventure films. Justin Lin’s direction, cast and action sequences along with the franchise heart of family being firmly established makes this film a favorite to revisit. 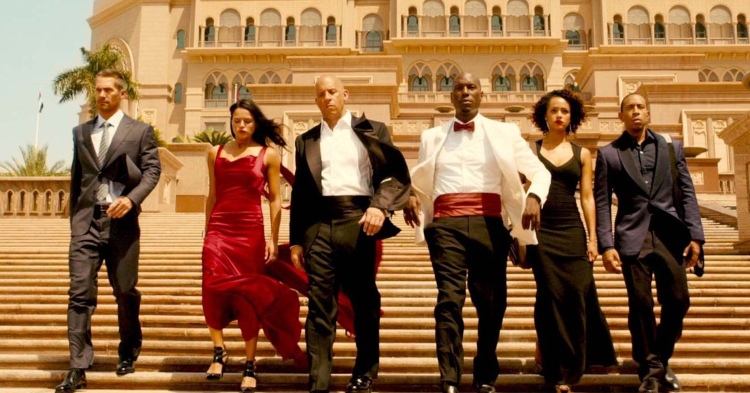 Entries four through six covers the time between 2 Fast 2 Furious and The Fast and The Furious: Tokyo Drift, this installment is the first to take place after Tokyo Drift. It also establishes itself as the most emotional of all the movies. Returning to the United States, Toretto (Diesel) and Brian O’Connor (Paul Walker) and the rest of their team live normal lives until Deckard Shaw (Jason Statham), a rogue special forces assassin seeking to avenge his comatose younger brother, puts the team in danger once again. Along with the amazing action sequences, the film is the final on-screen appearance by Paul Walker. Furious 7 ended with an emotional tribute to the actor that is assured to bring tears to your eyes.

The Fast franchise has grown to a point to give non-main characters the spotlight in the first spin-off. Fan favorite Luke Hobbs (Dwayne Johnson) reluctantly teams up with rival Deckard Shaw (Jason Statham) against a greater threat (Idris Elba) who is threatening the world  with a deadly virus. Charismatic and action packed, Hobbs and Shaw knows that it is entrenched in the Fast and Furious universe but succeeds in being its own thing. You can tell the leads having fun with their roles, especially newcomer Vanessa Kirby. Despite trying to pack too much into its two-hour runtime, the film is still a fun ride.

5. The Fate of the Furious 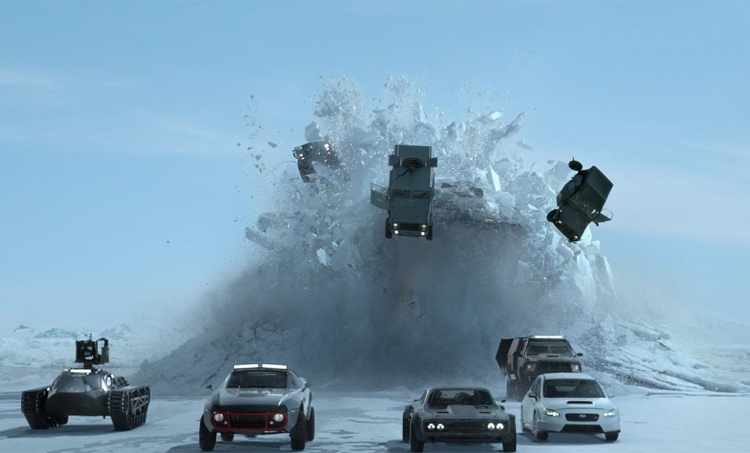 If the franchise ended with Furious 7, I would have understood because how do you continue after Paul Walker’s untimely death? An eighth installment was already in the works so we were going to find out. In this entry, Dominic Toretto (Vin Diesel) seemingly turns to the dark side by betraying his team and working with cyberterroist Cipher (Charlize Theron), forcing them to find Dom and take down Cipher. The first installment after completing the story arcs of Brian O’Conner and Mia Toretto (Fast O.G. Jordana Brewster), I didn’t find it as strong as the previous installments since Fast Five, mainly on the storyline. However, the outrageous action sequences and energetic acting performance were enough to make the films enjoyable.

6. The Fast and the Furious: Tokyo Drift

Placing this movie ahead of my next entry wasn’t easy but Justin Lin’s first entrance into the driver’s seat of a Fast and Furious movie makes a convincing argument of being decent over time. Tokyo Drift follows high school car enthusiast Sean Boswell (Lucas Black), who is sent to live in Tokyo with his father, and finds solace in the city’s driving scene, more their drifting community. At this point in time, drifting was a dominant sub-genre in the street racing world so it made sense. I didn’t like the casting of Lucas Black because I didn’t believe him being a high school student and… I just didn’t like him. The plot, acting, and action sequences could have been stronger too. Positively, it established new characters like Han (Sung Kang) and began the trend of having these films incorporating locations outside the United States. Lin’s direction could be praised as well. I mean, he has directed three sequels and is currently attached to direct two future films. He must have done something right.

7. The Fast and the Furious 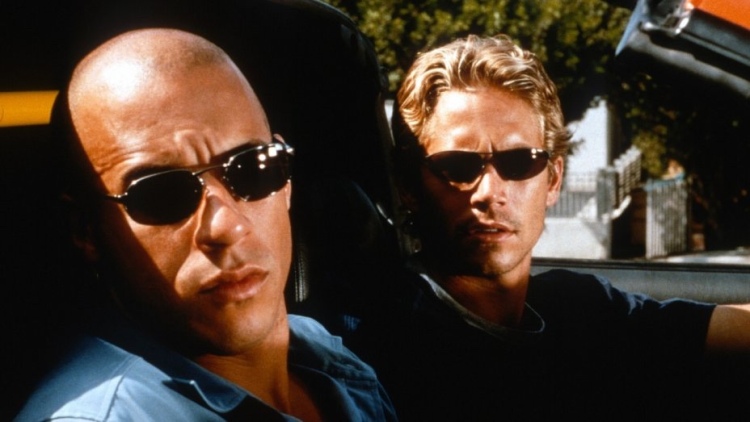 The movie that started it all. The original. Starring relative unknowns, Paul Walker plays Brian O’Connor, an undercover cop tasked with discovering the identities of a group of unknown automobile hijackers led by Dominic Toretto (Vin Diesel). It’s crazy to believe that this franchise started with street racers jacking trucks that carried DVDs and bringing illegal street racing into the limelight. While initially receiving mixed reviews, the performances of Walker and Diesel and the action sequences helped make The Fast and the Furious become a commercial success and launched a media franchise, spanning seven sequels over the last fifteen years.

After seeing Tokyo Drift, I wasn’t sure if I wanted to see a new movie in this series. The fourth installment of the franchise saw the return of O.G. actors Paul Walker, Vin Diesel, Michelle Rodriguez, and Jordana Brewster. Acting as the “true sequel”, Dominic Toretto (Vin Diesel) and FBI agent Brian O’Connor (Paul Walker) are forced to reunite to avenge the murder of Letty Ortiz (Michelle Rodriguez). This film is set between the second and third installments to account for the original cast members’ absences. It certainly isn’t the strongest movie with the dramatic mission, it’s still an attractive getaway route. This entry successfully continues the story from the first film, reignited the series with new characters and leading to the previously mentioned sequels. 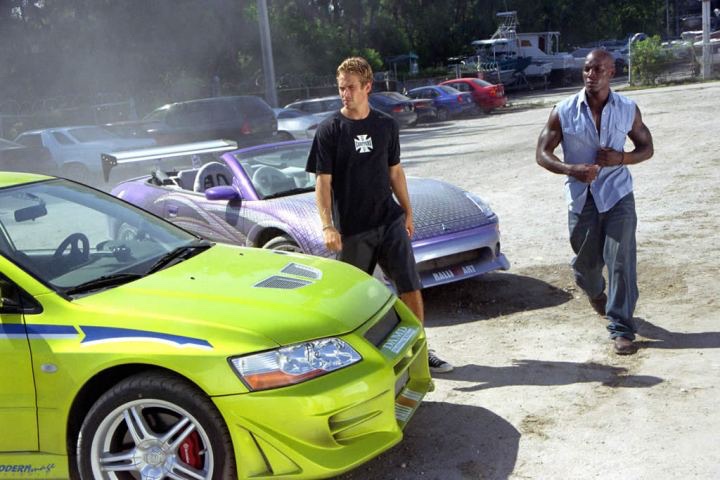 I really wanted to like this movie more, especially since it is one of the films I watched with my father. However, this is not the case. Vin Diesel did not return for this sequel, but this allowed the franchise’s long-running characters of Roman Pearce (Tyrese Gibson) and Tej Parker (Ludacris) to be introduced. Paul Walker returns as Brian O’Connor, who teams up with childhood friend, Roman, to go undercover for the U.S. Customs Service to bring down a drug lord. While being a commercial success, 2 Fast 2 Furious is only as colorful as the cars the characters race in. It didn’t possess the magic that made the first film such a success to me, despite the thrilling action sequences under the direction of the late John Singleton.

What are your thoughts about The Fast and the Furious franchise?

Which film is your favorite? Which one is your least favorite?

2 thoughts on “Race to First: Ranking the Fast and the Furious Franchise”