On May 3, 2002, one of Marvel Comics’ most popular superheroes graced the silver screen in Sam Raimi’s Spider-Man. Stan Lee and Steve Ditko’s young aspiring scientist imbued with superhuman abilities after being bitten by a radioactive spider. Since then, we’ve gone through three men wearing the outfit and two reboots, making the character progressively younger. With the release of Spider-Man: Far From Home, I thought it would be a good time to rank the web-slinger’s big screen adventures.

An incredible feat of animation captured the origin story of Miles Morales, a kid of African-American and Puerto Rican descent who gains spider-like abilities after receiving a bite. Spider-Verse is not just No. 1 just because a chance was taken on Miles to lead a Spider-Man movie. It’s a story full of heart, never-before-seen animation style and genuine multicultural swag. By opening Spider-Man’s multi-verse, this movie has the potential to not only produce sequels, but also exciting spin-offs with a roster of popular spider-people that’s just exciting as Morales, himself. 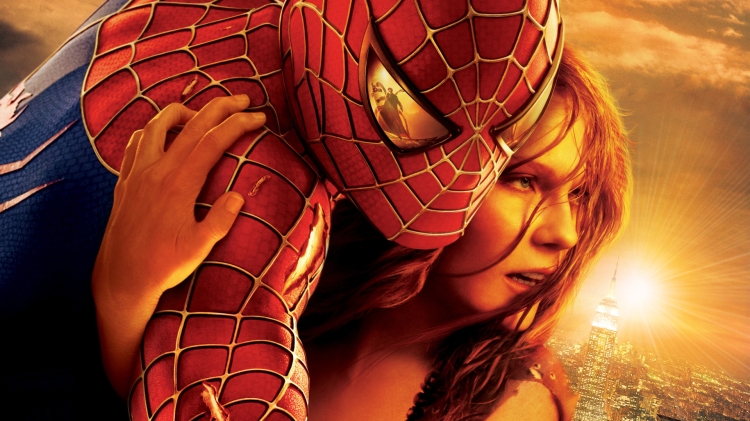 Boasting a deep human story, Maguire plays a frustrated Peter who is frustrated by managing his personal life and duties as Spider-Man. He makes a personal choice that he will no longer allow Spider-Man to get in the way of the things most important to him — mainly his love for Mary Jane (Kirsten Dunst). The deep dive into the psyche of Peter Parker is the emotional weight of the film. Alfred Molina gives a riveting performance as classic Spider-Man villian Doctor Octopus, Harry Osborn ( James Franco) discovers his best friend’s secret identity and, convinced that Peter killed his father, Norman Osborn/Green Goblin, Harry goes down the dark path. Composer Danny Elfman, some fun-to-watch skyscraper web-slinging and a thrilling train sequence highlight the film. Despite having a lot more competition, Spider-Man 2 can still be considered one of the best superhero movies ever.

Spider-Man is finally home where he belongs: Marvel Studios. After Sony saw the cinematic road to the Avengers being paved, they finally decided to play ball and share their superhero crown jewel. Homecoming isn’t just a declaration of returning to Marvel Studios — it almost feels like a fresh new Spider-Man movie had been born, despite being the sixth film released in the franchise. Holland fits perfectly in an actually young cast of high school supporting characters to help form Parker’s years before adulthood. Spider-Man never looked better, with a suit that’s a nod to the Spider-Man art of the ’60s and ’70s that would make Stan Lee and Steve Ditko shed a proud tear; its webbed wings and mix with some high-tech, Iron Man-like design. Micheal Keaton gives an all-time Spider-villain performance as the Vulture, Zendaya makes a great millennial MJ and Ned is the perfect best friend/sidekick. Homecoming takes Spider-Man out of the brooding shadows of previous films and shows that being Spidey can be fun.

Spider-Man’s sophomore adventure had the tough task of being the first MCU movie in a post-Iron Man world, following the events of Avengers: Endgame. Peter is on his own so in order to give himself a break, he takes to Europe on a school trip, trying to focus on his crush, MJ (Zendaya) and not his superpowers or Tony’s expectations. The Marvel glue, Nick Fury (Samuel L. Jackson), won’t let that happen. The talented young cast returns in Far From Home, filled with laughs and a visually spectacular performance from Jake Gyllenhaal as Mysterio. As Peter comes out of Tony Stark’s shadow, we watch Spider-Man come into his own as Sony and Marvel Studios have found their groove in this fun sequel, with the best still possibly yet to come. 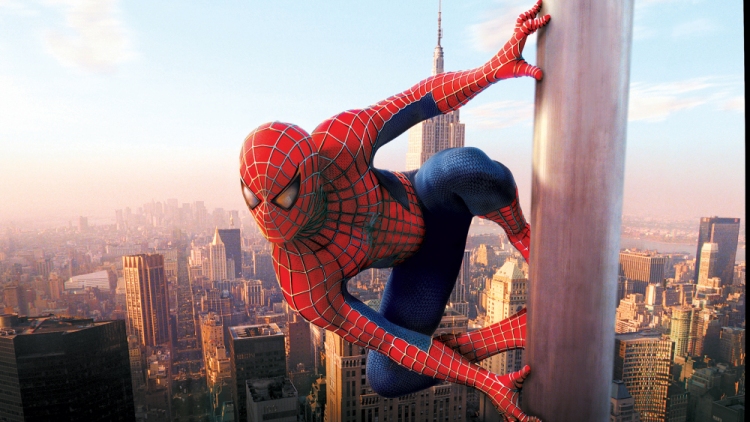 The first. The original. The first Spider-Man film was the first movie to debut with a $100 million opening weekend. To see the hero on the big screen felt like a worldwide pop-culture event. I remember being so happy to see the friendly neighborhood hero come to life after growing up with the 90s animated series. Tobey Maguire was an excellent Peter Parker, portraying the every day guy that audiences can relate to. A classic upside-down kiss with Mary Jane (Kirsten Dunst) might be this film’s most memorable moment that will stand the test of time. Willem Dafoe was menacing as Norman Osborn/Green Goblin, going to war with Spider-Man while slowly going insane. When seeing the web swinging in New York for the first time, the moment had a Christopher Reeve/Superman first flight feel to it. While this movie feels a little dated now in this new era of superhero films, it is still an undeniable classic to watch and enjoy.

After the lukewarm reception of Spider-Man 3 and an impending loss of rights on the horizon, Sony had to make a decision to keep one of the most popular superheros in their camp. After Raimi and Maguire walked away from a potential fourth Spider-Man film, this gave birth to The Amazing Spider-Man. Fans weren’t clamoring for this movie, Maguire still fresh in our minds five years after his last time in the suit. In this reboot of the franchise, Andrew Garfield plays a pretty decent Spider-Man but a broody Peter Parker was hard for me to grasp. While he shows some potential as a sarcastic joking version who’s likable in a not-so-great Spidey suit, the villain left something to be desired in the less than thrilling Lizard (Rhys Ifans). 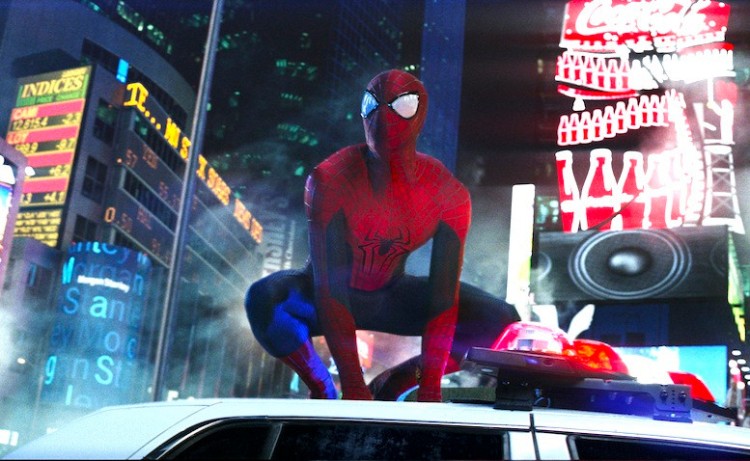 In the post-Raimi era, we weren’t sure if Spider-Man would ever grow big enough to receive a mention in the expanding Marvel Cinematic Universe. In 2014, Captain America: The Winter Soldier and Guardians of the Galaxy dominated the superhero scene, laying more bricks on the castle Marvel Studios was building. We get a better-put-together costume that helps take away from how bad all the villains look. Villains. Plural. Jamie Foxx’s Electro has a nerdy, Jim Carrey/Riddler persona that feels too comic book-ish, Moody Hipster Harry Osborn (Dane DeHaan) works well as a best friend from Peter’s past but a terrible Green Goblin and Paul Giamatti’s Rhino isn’t even worth mentioning. Piling so many villains in one film has rarely worked. Despite the strong chemistry between Garfield and Emma Stone’s Gwen Stacy, this franchise couldn’t be saved. Don’t get me wrong because there are a lot of good parts in this film: a beautifully executed Stacy death scene — one of the most powerful moments in the history of Spider-Man comics — being one of them but its bookend by these really bad parts. With the shadow looming, Sony attempted to lay the foundation for their own universe with this film — which failed and the writing was on the wall. Spider-Man needed the Marvel Studios touch. 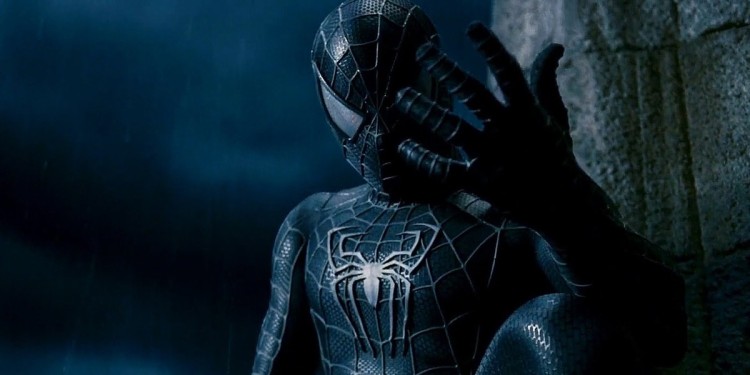 The Spider-Man movie that we all like to forget. The one I pulled a 24-hour recovery from being ill to see with my then-girlfriend. The Venom-symbiote story is one of the best in Spider-Man comics but it was like Sam Raimi didn’t want to put in full effort in the Maguire trilogy swan song film. The love story of Peter Parker and Mary Jane Watson seems to just vanish among the shadow of drama. Venom, maybe the most intense, imposing Spider-Man villain of all, is played by that guy from “That 70’s Show” (Not Ashton Kutcher). They couldn’t even get black-suit Spider-Man right, giving him a regular Spidey suit pained black instead of the all black, no webbing version from the comics and ’90s animated show. And let’s be real; once Tobey Maguire starts dancing in the middle of a New York street, we all know this is not going to end well.

What are your thoughts about the Spider-Man film franchise? What was your favorite Spidey film? Definitely leave a comment! Don’t forget to subscribe to One Scene at A Time!