After 19 years, 12 films, 2 Phoenix saga-focused films, and 1 franchise-binding Wolverine, the X-Men franchise is over. Dark Phoenix wraps up the X-Men prequel films and franchise before the inevitable Disney/MCU reboot switch is turned on. After an established history, I couldn’t see this franchise ending with anything less than an applause. It is heartbreaking to see it wane with a finale as hollow as Dark Phoenix.

This review will be spoiler-free. 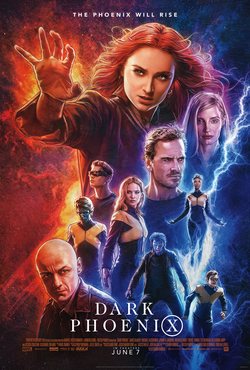 When a rescue mission for NASA goes awry, Jean Grey (Sophie Turner) begins to develop incredible powers from a cosmic force. This mysterious energy quickly corrupts Jean and unleashes on her power in a devastating way.  Charles Xavier (James McAvoy) struggles to keep the X-Men together while they decide between the life of a team member and all of humanity.

I saw the reviews from Rotten Tomatoes and other media outlets about the film but didn’t let it deter me from my loyalty to the groundbreaking franchise’s to witness their final chapter. From the start of the movie, the energy didn’t feel right. I’m not one to criticize actors and their effort – especially those the caliber of Lawrence, McAvoy, Fassbender, and Hoult – but it looked and felt as though they were tired of the work. The four major actors who represent the X-Men prequel saga since their beginning in 2011, bringing new life and energy to beloved characters.

You can especially see this lack of enthusiasm in Lawrence and Fassbender, who have very little to do with the movie. While I’m happy to see that Magneto isn’t the major threat as he’s always been in previous films, he was almost non-existent until the middle of the film after a major character’s death (if you’ve been watching the trailers, it won’t come as a surprise). Lawrence has been the biggest question mark in the franchise with Apocalypse and Dark Phoenix, considering that Mystique’s storyline seemed to already be at full circle. Hoult, who has become a favorite for me because of his role as Hank McCoy/Beast, had some of the most wince-worthy scenes in the franchise. The bulk of this comes from poor written dialogue and direction from first-time director Simon Kinberg. The dramatic scenes of the First Class Four majorly suffered from the franchise fatigue.

Sophie Turner’s Jean Grey – the main focus and anti-hero – felt uninspired, despite tapping into the darker parts of her character. Exploring the layers of a character are always fascinating because it allows the audience to see a three-dimensional character, filled with positives and negatives, and how they form a whole person that you can relate to. Sadly, that’s not the case here. Her backstory and arc are unchanged from its first attempt in The Last Stand. Once again, Fox missed the mark with an iconic story and character arc, misdirecting the motives of the character’s choices.

Long time X-Men producer Simon Kinberg took over the reins of the franchise of its final chapter, serving as writer and director. Because of his long experience with the franchise and these characters, I assumed that he would give it his all in the final installment. Shame on me. Similar to producer Brett Ratner taking over in 2006, the end result is still the same. Above all else, the X-men is a genuine human story, and Kinberg proved that he doesn’t have the narrative talent to tackle the X-men’s most iconic and important storyline. The X-men are filled with spectacular stories and ideas – some in this movie –  that could have been explored to its full potential but wasn’t. 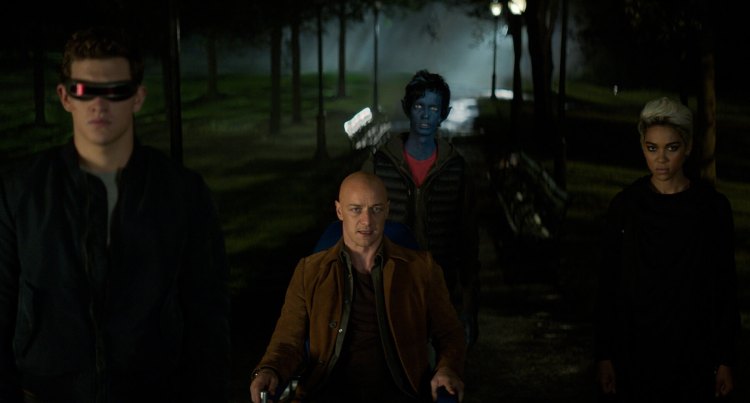 The inconsistent timeline has been a big problem with the last two installments in the X-Men prequels. The decade hopping made sense between First Class and Days of Future Past. It felt unnecessary for X-Men: Apocalypse, but still works. Considering the time period between this film and the older counterparts of the original trilogy, the characters haven’t aged much since the previous film. This is especially true for the First Class Four, whose characters have been at it for nearly thirty years at this point.

I guess I can stop bashing the film now and focus on the one big positive and that’s the superhero action. Once the action gets going, the movie finds a small groove to cruise in for a little while. It’s been the best X-Men action sets since 2017’s Logan. Magneto gets to do some of the coolest fighting we’ve seen from him since X2. This success keeps you entertained and from completely loathing the movie.

Dark Phoenix brings nothing new to either the Dark Phoenix Saga or the X-Men franchise. The film attempts and does a lot of things, none of them particularly well. The film depends on bungling dialogue, shallow characterizations, and decent action pieces to push the plot along. As the franchise’s final chapter, Dark Phoenix crackles with small embers. The X-Men franchise burns out, leaving this fan longing for the glory of X2 and Days of Future Past.

What did you think of Dark Phoenix? Definitely leave a comment! Don’t forget to subscribe to One Scene at A Time!

Also check out my Facebook page for this blog  and show some love! Until next time!