Fanbases are a great community to be a part of. You meet up or talk to people not just in your surrounding areas but possibly around the country or world that share your interests in a certain medium. Pop culture is a melting pot of people, no matter your race or gender, coming together to celebrate movies, television shows, games. You name it.

But with everything positive, there is also a flip side. A dark side.

There are parts of a fandom where the audience is not happy with the product that is put out to them. From new television shows to movies, fans will let you know if they are not pleased. In this era of social media with platforms such as Twitter, YouTube, Facebook, and Instagram, it has become easier for studios to interact and listen to the audience. While that’s an excellent way to keep fans in the loop and get their take on things, there are a lot of spiteful people out in the world who go one step farther with comments and reactions that ruins the experience for others. A current example is the state of the Star Wars Universe.

After the franchise’s return to the big screen in 2015’s The Force Awakens, fans fell in love with the galaxy far, far away once again while bringing a new generation of viewers along the way. However, nothing is without criticism. Hardcore fans claimed that Episode VII felt too similar to A New Hope; with elements such as finding an unknown hero on a desert planet, a lost droid, and a bigger Death Star, it was easy to make those connections. Maybe director J.J. Abrams played things too safe but there was no denying that, similar to his 2009 reboot of Star Trek, the man knew the Star Wars mythology that he inherited. 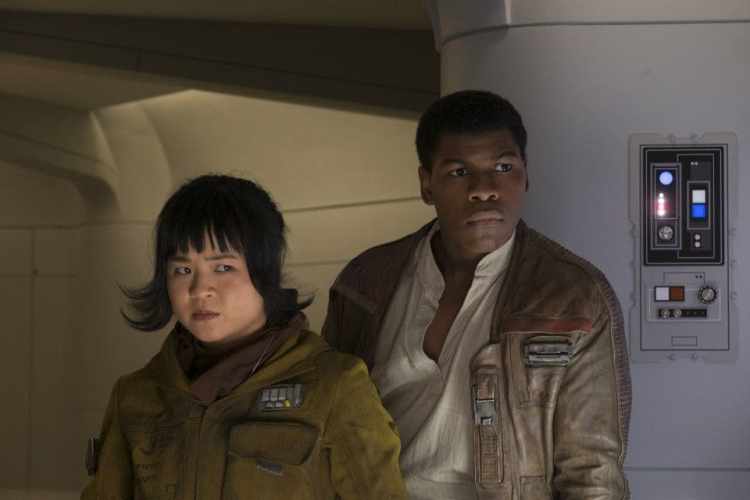 Then we come to last year’s heavily criticized The Last Jedi. I stated that Rian Johnson’s contribution to the new trilogy was amazing, adding in his own style to the story and presenting something original; a direct response to the criticism of fans. Johnson’s movie took the franchise in a new direction with great success but critics and fans were still not happy, believing the franchise has been ruined. Many carried this anger into May’s Solo: A Star Wars Story and has expanded beyond making a silent statement in not supporting the most recent cinematic outing. Some fans have criticized new character, Rose, and directed their hatred to the actress, Kelly Marie Tran, to the point that the actor deleted her Instagram posts because of the abuse. The increasing racial and gender diversity of the Star Wars cast has been a best additions to the franchise since the revival, providing opportunities to wonderful actors.

With the announcement of the cast for the upcoming untitled Star Wars Episode IX, I was excited to read the list. However when I read the comments on Instagram, I found similar comments of residual dislike among the positive ones. Comments like “PLEASE DON’T RUIN IT AGAIN”, “Can’t wait for this disappointment”, and others saddened me. It makes me incredibly sad to see these comments and that the Star Wars fandom has become more toxic. While it is okay to love Star Wars and still have disagreements about what you like and dislike with others, it’s not okay to go to the lengths of online abusing actors and directors who have earned an opportunity to become a part of a legendary franchise. Like most movies and reboots made in this era of Twitter and Instagram, they face new levels of scrutiny, backlash, and support over many issues, sometimes beyond how a film did overall. But there is no reason it should go to the levels it did with Tran.

Fanbases should be a safe haven for fans to express themselves; whether the comments be positive or negative, the conversations should have healthy debates of one opinion against another. Because you are behind a keyboard should not be reason to make actors feel uncomfortable. Actors are artists and they develop thick skin because they face criticism every time for a casting call. When they are open to their fans through social media, I know that you can’t stop negative or critical comments but they shouldn’t go to abusive levels such as body shaming or attacking their ethnicity or gender. Every fanbase has its detractors but, as fans, we all need to be better and support the amazing work that actors pour their time and energy into to deliver a great product.

What do you all think about criticism of film and television? Leave a comment!

2 thoughts on “The Dark Side of the Fanbase”