When a franchise reaches a sixth film, a property usually finds itself at a crossroads: adapt or continue to rely on faithful tactics with the possibility of waning box office numbers. Franchises such as The Fast and the Furious learned to adapt by adding elements while keeping the core of what made it great. For Mission: Impossible – Fallout, its success lies in doubling down on the status quo of the series: Action and stunts. Lots of stunts by Tom Cruise, the man that Father Time hasn’t caught up to yet.

This review will be Spoiler-Free 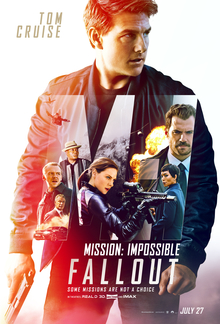 Two years after the events of Rogue Nation and the capture of Solomon Lane (Sean Harris), his organization has reformed into a splinter Terrorist cell known as The Apostles. Ethan Hunt (Tom Cruise) is given his newest mission: intercept the sale of plutonium used to make three bombs, creating a new world order if used. When this mission goes awry, Hunt and his IMF team must track down the stolen plutonium while under the watchful eye of a CIA agent (Henry Cavill).

From the start, we jump right into Hunt and his given mission to stop The Apostles. We’re reintroduced to his team, including Ving Rhames’ Luther Stickell and Simon Pegg as “Benji” Dunn. Once we see how the mission goes sideways, things get more interesting when the CIA get involved. Angela Bassett plays Erica Sloane, the new director of the Agency. Believing that the IMF has become obsolete in the current world climate, she sends her Special Activities operative August Walker to shadow the team and ensure the success. Once there, we’re given stunt after stunt that goes hand in hand with the story’s progression. 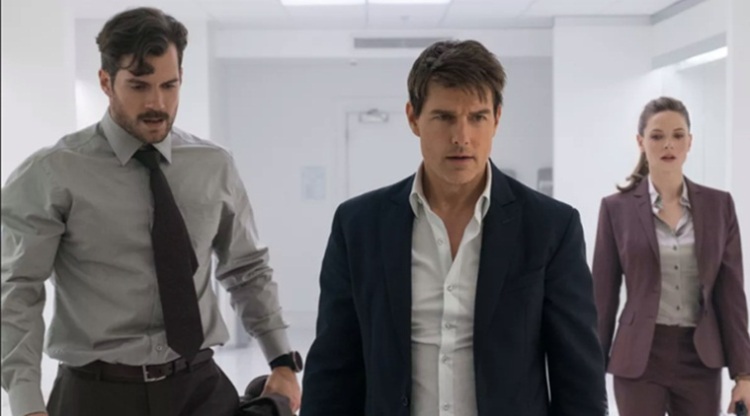 Getting this out of the way now: Tom Cruise is absolutely insane for the stunts he pulled off in this movie. While pushing 60, you can’t help but be fearful for his life as this franchise continues to push forward. We all know about his ankle injury during a building leaping jump (which remains in the film) halted production, Cruise pushes forward. Knowing that Cruise insists on doing his own stunts, you can’t help but stand back and appreciate him for what he puts his body through for these movies. Speaking on Fallout, Cruise flew himself into danger every single second as he learned to fly a helicopter and perform a HALO jump for this film.

While CGI has become more heavily used these days, creating so many worlds, images, and scenes that we wouldn’t think were possible only a few decades ago. But when an actor like Cruise takes the time to perform his own stunts, it’s just better. Everything is clear and lean; no trick photography at all. The camera doesn’t hang back and stays in the scene, close to the lead actor. Honestly, Tom Cruise puts most stuntmen to shame. It’s hard to really put into words, but watching an actor actually put himself in harm’s way with such clarity (especially with IMAX cameras) is the best of what action films can offer. 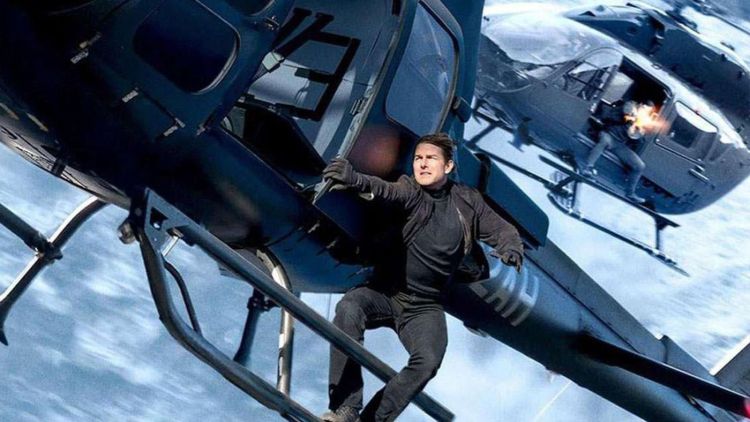 With an action film like this, a script’s story can get lost in the shuffle. Returning writer-director Christopher McQuarrie made sure not to rely on the great stunts. The characters drive the action to engross the audience in the film. When Tom Cruise isn’t literally running for his life, the supporting characters take center stage to progress the story. Cruise’s Hunt wasn’t kept in the box of “action man” here. Fallout understands that Ethan Hunt is weary and a bit of a tortured soul, unable to have a normal life considering his profession. While it’s nothing new with this type of hero, this entry dives deeper into a hero’s calling, despite their desire for a regular life. Rebecca Ferguson’s Ilsa Faust remains one of the strongest female characters in the action genre right now. While she is not a part of Hunt’s team, she has her own goals and doesn’t care who gets in her way, friend or foe. Along with Rhames, Pegg, Harris, and Baldwin’s characters, you care about the fate of these individuals at all times.

A smart script with the usual spy thriller tropes – with a twist -, characters who are capable of failing and forcing to improvise along the way, unknowing who is actually good or evil or has the possibility to cross the line, McQuarrie made sure his script leads back to a discussion of morality, where clinging to what you believe in will be brutally challenged by forces, testing to see if and where you will compromise.

2 thoughts on “‘Mission: Impossible: Fallout’ continues to reach for the impossible with success in franchise’s sixth entry”