No one knew what to expect from 2014’s The Equalizer, banking on Denzel Washington’s charisma and rejoining director Antoine Fuqua. The film was a quiet hit, earning $200 million for Sony. So it was surprising to hear the studio green light a sequel, planning its release during the prime time of summer blockbuster season. What’s also surprising is Washington signing on for his first official sequel of his career.

But I guess when you have Denzel Washington by your side along with the same director, anything can be done. Even if the environment around him has issues, you can always depend on Washington to still carry a movie to “watchable” status.

This review will be spoiler-free

Retired CIA agent Robert McCall (Washington) is more than a Lyft driver; he acts as a guardian angel for the less fortunate in his community. Keeping his existence close to the vest, he doesn’t have many friends outside of his old agency friend, Susan (Melissa Leo). When she is tragically killed, McCall is forced back into action to take revenge against those responsible.

The film opens with a quick moving train action set that can be seen in the trailer, reminding the audience of what our hero is capable of. We don’t forget that when these action pieces come along in the film, which sadly feel too far in between each other. A lot more editing could have been done on this film to make it more than to just see Denzel Washington in action. There is a good movie buried under the layers of fluff packed into the nearly 2 hour film. The movie is invested into showing how much of a positive influence McCall is in his community; however this sacrifices a cohesive story. The attention to the main plot is limited because McCall’s acts of kindness, left with enough elements to set up the rest of the film when the main plot takes center stage. The Equalizer 2’s heart is in the right place but it doesn’t make for a convincing movie overall. While we do need to see more people like Robert McCall these days (minus the killing or maiming of others) with their acts of kindness, a shorter cut of this movie could have made it flow better. 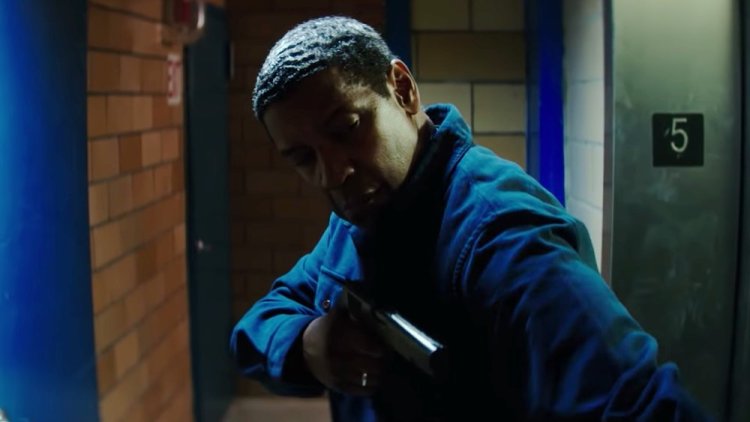 What I found to be a positive and a negative was that there isn’t much new to see here. Director Antoine Fuqua is an excellent director. All of his movies are sleek and well-produced, elevating most of the scripts that he’s given. He can dress even the mildest script in excellent production value and style. In this case, he knew what worked with the original film and stuck to that, only expanding out a little. There is nothing wrong with sticking to what worked before, but you need to build upon that groundwork.

The Equalizer 2 has solid set pieces, culminating in an entertaining and clever third act finale where we finally see Washington and a solid cast let loose. Sadly, this script doesn’t know what to do with itself, especially the stronger parts that actually work and made the first film work. The first hour is small plot set up and light do-gooder acts then moves into the territory of gritty thriller. Considering the length of the movie, it has a lot of wasted potential that could have really shined with a trimmed up version of the film.

Denzel Washington is the ultimate presence throughout the movie. You wait to see him on the screen. He elevates every scene with amazing diatribes and soul-diving glares that are just powerful to the audience. This movie reminds you why there has never been an unwatchable movie when Denzel Washington has been a part of the cast. The Equalizer 2 acts a star vehicle movie because it’s all about the star, Denzel Washington. His infectious character, Robert McCall, commanding attention in every scene he’s in. No matter what side of his character is being shown, Mr. Washington always seems to make it work. Bottom line: Denzel is one of the few bankable stars left in Hollywood.

Solidly acted and directed by a duo with great chemistry, The Equalizer 2 has the makings of a solid sequel, shining in some parts, but suffers from a plot that doesn’t seem to stay on course. This film could use a lot of editing to make it leaner and more stronger, taking it away from the two hour mark, which a vigilante thriller doesn’t need that much time.