2018 is on the horizon with an entire slate of new movies coming with it. Studios have already started putting out teasers and first looks at their new films (Avengers: Infinity War, anyone?!) to start generating hype for moviegoers to flock to theaters for a new adventure.

There are franchise favorites such as the returning Avengers, dinosaurs ready to terrorize again in Jurassic World: Fallen Kingdom, the mutant team taking on intergalactic forces in X-Men: Dark Phoenix, and seeing a young Dumbledore in the Fantastic Beasts sequel.

In no particular order, here is my list of the 10 most anticipated movies of 2018:

In 2004, Disney/Pixar joined the superhero film genre with their story about two retired heroes and their children in a world where being a costumed hero has been discouraged. The film was a success and stands as one of their best. 14 years later, director Brad Bird returns with the sequel, which shows the Parr family struggling to maintain normal lives. Helen Parr/Elastigirl (Holly Hunter) is out fighting crime while her husband, Bob Parr/Mr. Incredible (Craig T.Nelson) plays the stay-at-home dad to watch his children as a new villain known as The Underminer arrives with a sinister plot. I was a fan of The Incredibles with its heart, humor, wonderful animation to go along with a solid story, and poking fun at superhero costumes (no capes!). I’m sure I won’t be the only 20-something in the theater when the Incredibles return. 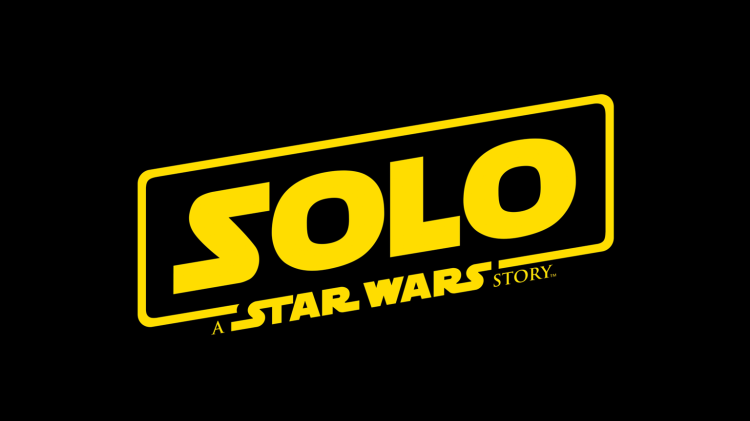 Did we really ask for this movie? No. But who are we to tell Disney what they can or can’t do? Given the success of Rogue One: A Star Wars Story, the Star Wars anthology series continues with an origin story about the galaxy’s favorite scruffy-looking nerf herder. Alden Ehrenreich (Hail, Caesar!, Rules Don’t Apply) dons the jacket as a young Han Solo as we explore his adventures with his wookie partner, Chewbacca. What’s really got everyone excited is Donald Glover (The Martian, FX’s Atlanta) playing a young Lando Calrissian. Along with Game of Thrones’ Emilia Clarke and Woody Harrelson, this entry into the Star Wars mythology has potential to be solid.

A Wrinkle In Time – March 9

Directed by Ava DuVernay (Selma), Disney is betting big on this adaptation of Madeleine L’Engle’s 1962 novel. This film tells the story of Meg Murry (newcomer Storm Reid) as she works with her younger brother, her classmate, and three astral travelers (Oprah Winfrey, Reese Witherspoon, and Mindy Kaling) to save her astrophysicist father (Chris Pine), who is being held captive on a distant planet by a universe-spanning evil. DuVernay is the first black female director to direct a live-action film with a $100 million dollar budget and I personally believes that she deserves to helm a movie this big. Hopefully, this movie will pay off.

In 1964, Walt Disney introduced the world to the music and magic of Mary Poppins. Played by Julie Andrews, the film was the first of its kind, combining live-action and animation, and received universal acclaim and withstanding the test of time as one of Walt Disney Studios’ greatest films. Decades later, the sequel has been made. 25 years after the first film, Mary Poppins re-visits the Banks family after a family tragedy. Emily Blunt takes over the role and Lin-Manuel Miranda as Jack, the apprentice lamplighter to Bert from the first film. Along with other great talents such as Meryl Streep, Colin Firth, Angela Lansbury, Ben Whishaw, Emily Mortimer, and Dick Van Dyke, this long-awaited sequel should be worth the wait when it comes out next holiday season.

If you have read my recent post, you know that this will be a premiere night for me. Ready Player One tells the story of Wade Watts, a teenager who frequents the OASIS, a virtual reality world where most of the inhabitants of the future go to. Watts attempts to win “Anorak’s Game”, a game created by the recently-deceased creator of the OASIS, James Halliday (Mark Rylance), in search of its Easter Egg, where the winner will be granted full ownership of the OASIS and Halliday’s $240 billion fortune. This movie is filled with Easter Eggs, not just from the 80’s, but also the 90’s. Science Fiction and Fantasy was my first genre love in movies and continues to be now. I can’t wait to see what Player One brings to the table. 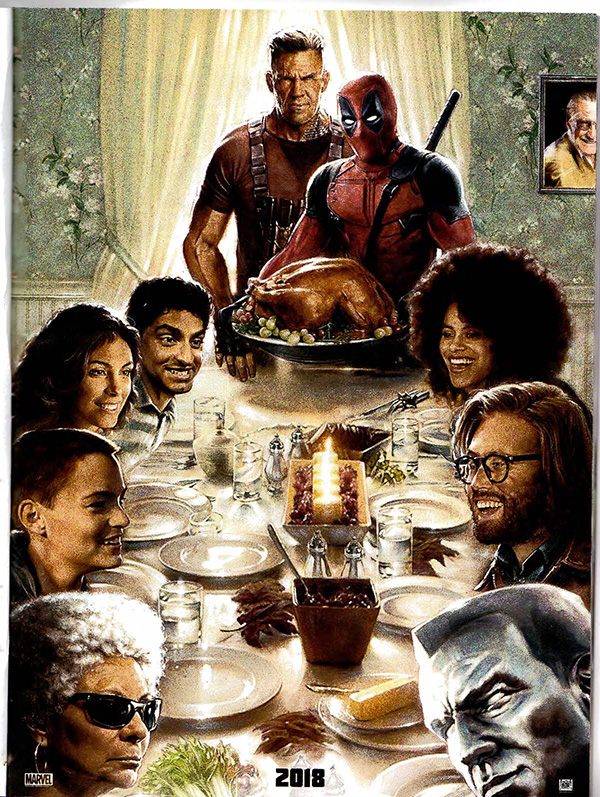 2016 could be remembered as the Year of Deadpool. Thanks to witty promotion ads from Ryan Reynolds and staying true to the source material of the character, Deadpool was one of the highest-grossing movies of the year. Now, the Merc with a Mouth returns as Reynolds is joined by most of the original cast and joined by Zazie Beetz as Domino and Josh Brolin as X-Men fan favorite, Cable. Not much else is known about the film, but if Reynolds delivers and the faithfulness to the comics remains, do you really need to know more? 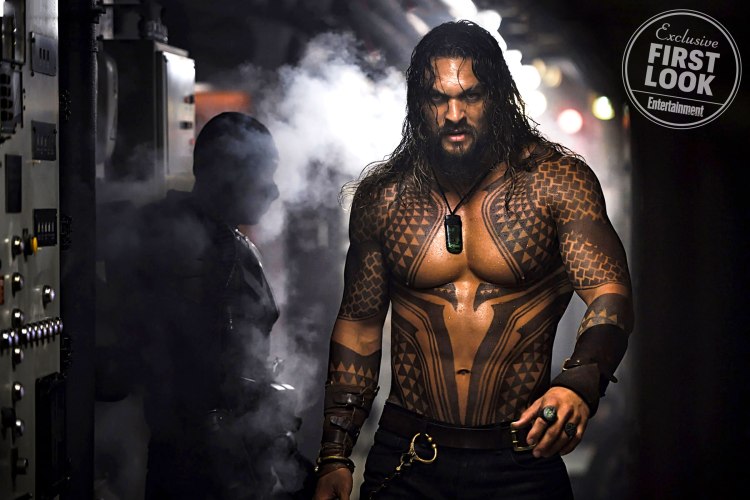 While Justice League is now considered the most highest-grossing box-office bomb ever, there were some good parts in that mixed bag. One was Jason Mamoa’s performance as Aquaman. No longer the butt of superhero jokes, Mamoa proved that Aquaman can be more than the resident fish-talker. We’ll find out how good the League member swims in his solo story. After the events of Justice League, Arthur Curry/Aquaman (Jason Mamoa), is caught between surface dwellers that pollute the globe and his own people who are ready to invade the surface. The reluctant ruler of the underwater kingdom of Atlantis must balance both nations and deal with new enemies from within the kingdom. Amber Heard reprises her Justice League role as Mera, queen of Atlantis. The movie is in good hands with director James Wan, but hopefully, we can spend more than 10 minutes in this undersea world.

Some Harry Potter fans were skeptical about a live-action movie based upon one of the fictional textbooks of a Hogwarts student. What fans and audiences received was the opening of a new corner in the Wizarding World in exploring the American side of magic.  The second installment in the Fantastic Beasts series will follow Newt Scamander (Eddie Redmayne) and Albus Dumbledore (Jude Law) as they attempt to take down the powerful dark wizard Gellert Grindelwald (Johnny Depp, whether people like it or not). We got a look at a divided wizarding world in the first film and reports state we’ll see the divide increase in this film as Grindelwald’s agenda to raise pure-blood wizards up to rule over all non-magical beings is set into motion. Who’s up for another wizarding adventure? 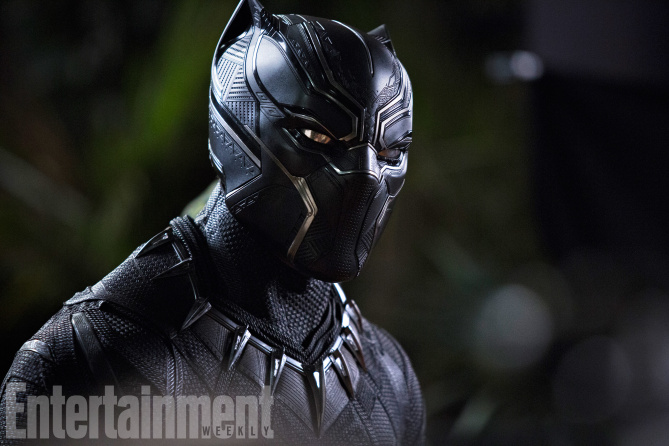 I’m going to gush and freak out a little here…THIS MOVIE COULD BE SO AMAZING!!! Fans that were excited to see Black Panther play a role in Captain America: Civil War now get a chance to explore the high-tech world of Wakanda. Chadwick Boseman reprises his role as T’Challa as he ascends to the throne of the closed off African nation of Wakanda and thwart two enemies who seek to take down the kingdom as the Black Panther, with help from CIA agent Everett K. Ross (Martin Freeman) and members of the Dora Milaje – Wakanda’s special forces. The cast includes Academy Award Winner Lupita Nyong’o, Michael B. Jordan, The Walking Dead’s Danai Gurira, Forest Whitaker, Andy Serkis, reprising his role as Ulysses Klaue, and Angela Bassett as Queen Mother Ramonda. Directed by Ryan Coogler, Marvel has a real winner on its hands with this film. 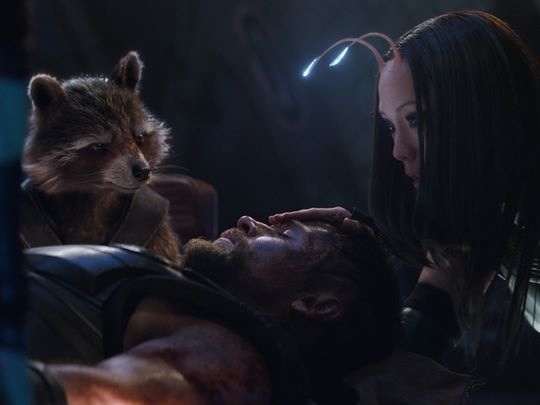 10 years. For 10 years, the MCU has grown ever expansive. From Samuel L. Jackson’s Nick Fury informing RDJ’s Tony Stark about the Avengers Initiative to the cosmic reaches of outer space with the Guardians of the Galaxy, Marvel’s connected universe is a model that few studios can replicate successfully (many have tried. Right, Universal?) 10 years and three phases later, everything culminates in the third Avengers movie, Avengers: Infinity War. The story picks up four years after the events of Guardians of the Galaxy, Vol. 2 and finding the Avengers torn apart after the events of Captain America: Civil War. When Thanos (Josh Brolin) arrives on Earth in search of the Infinity Stones for a gauntlet that will bend reality to his will, the Avengers must reunite and join forces with the Guardians of the Galaxy in order to stop him. This movie will be the event of the summer, if not the entire year as our favorite heroes, separated by films and universes, come together in order to save everyone. I. Cannot. Wait.

What movies have I missed? Are there any you readers are interested in seeing? Let me know in the comments!