When Marvel announced Doctor Strange as a part of their Phase Three initiative of their universe, fans of the mystical superhero were instantly excited. This film had been in development since the mid-1980s, but I feel like this film needed to wait for the right time and the right actor. The right time was certainly this year because of the effects and the right actor to play the arrogant former doctor was Benedict Cumberbatch.

Doctor Strange tells the tale of Doctor Stephen Strange (Cumberbatch), an acclaimed but arrogant neurosurgeon living in New York City. A devastating car accident changes his life forever; while he survived, he loses the use of his hands. After experimental procedures prove ineffective and learning of a mysterious recovery, Strange travels to Nepal and encounters a sorcerer known as the Ancient One (Tilda Swinton). From there, Strange learns that the world is a lot larger than he ever thought.

With the mystical effects for this type of product, it’s easy to lose the story when a blockbuster was already expected because of the constraints of the MCU. Director Scott Derrickson did a wonderful job balancing the two, delivering an entertaining superhero origin story. While we have been more used to the science and physical nature of the MCU for the first two phases, dabbling in the magic of the universe from time to time, Doctor Strange opens the door and gave audiences an eye-popping spectacle that we have never seen before. This film made an effective use of the special effects when you have imagination behind it. The world folding does remind fans of Inception but this film goes behind it, VFX-wise.

Benedict Cumberbatch did a wonderful job playing Stephen Strange, carrying himself as God’s gift to medicine who looked to be in need of humbling. I barely paid attention to Cumberbatch’s New York accent, displaying how much experience the actor has with covering his accent. Strange’s dry humor, intelligence and bravado was carried very well by the experienced actor. I’m still a fan of Rachel McAdams and her casting as Christine Palmer, Strange’s former lover. Personally, I wish we could have had more about their relationship, before the accident and after Strange returns from his mystic arts training. I would have liked to see more about the expansion of their relationship, especially with Palmer being one of the last ties to Earth. Chiwetel Ejiofor was definitely a strong character in the film as Karl Mordo, a mentor to Strange but also very head strong and complex character, grounded in his ways and beliefs about how the mystic arts should be used. This cast has definitely under fire before the premiere because of the characters and the roles that could be tailor made for Asian actors went to a white actress like Swinton. While I understand the outrage, Swinton did a wonderful job and shows how forward thinking Marvel is because beyond that, other minorities in this film have a strong presence like Ejiofor and Benedict Wong. 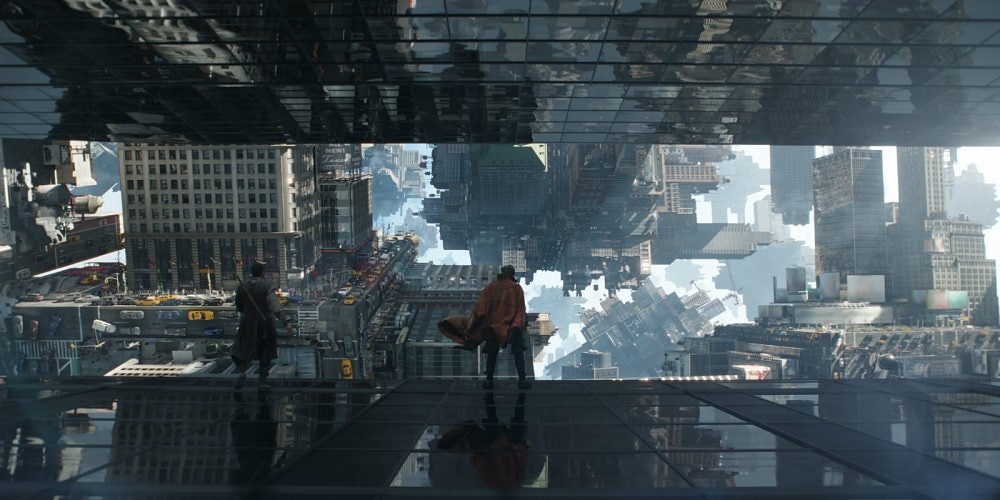 If you are a fan of the Marvel Cinematic Universe, you’ll definitely get your money’s worth out of seeing this movie in 3D and especially in IMAX 3D. Marvel did an excellent job with this lesser known property from its archives of heroes to defend the world. The ending might have been a little lackluster but predictable to set up their next film, but an overall enjoyable event for veteran fans and newcomers to this franchise.